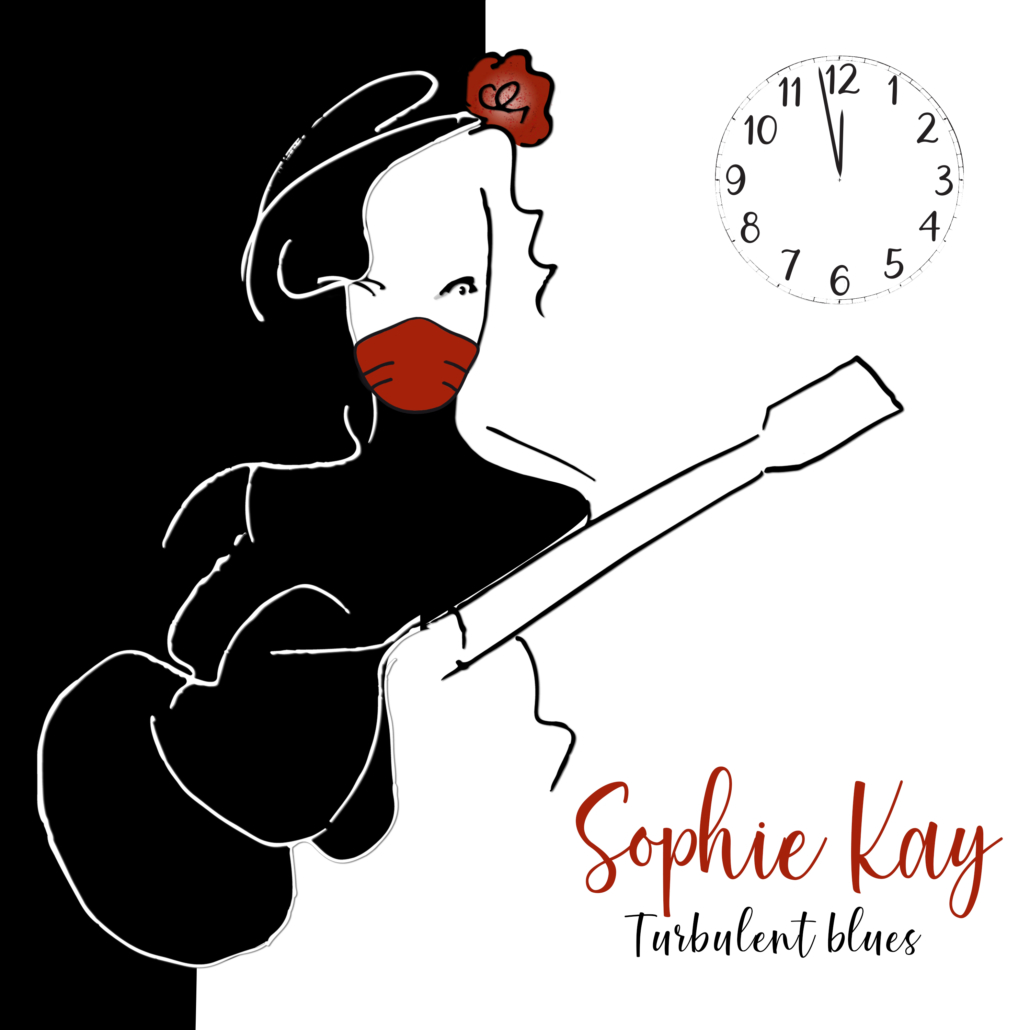 Sophie Kay recorded this album over several years. From 2017 to 2020 she laid down on Protools with the precious help of her favorite sound engineer Denis Goltser,  songs hidden in the back of a drawer written decades ago (Welcome Sweet Little Angel, a half English and French song lyrics)) years ago (The low down way you do, a feminist song) and more recently songs composed in reaction to the news reported by the media, a news that is always more mortifying. Are we so insignificant to deserve this, could appear as a conclusion of this album. Such an idea could starts a new recording. The album ends up with a similar idea with the song “I didn’t speak out”.  Sooner or later, everyone could be reduced in a boiled mess, for not having reacted in time, for not having been able to put into action the deep mankind that we all have.